There is seldom a chance to see the northern light, aurora borealis, in Stockholm. But once in a while there is a possibility. Saw in an app that now the opportunity was there. Clock was just after 9 pm when i walked down towards the lake. When i came to the bridge, i couldn’t see any green light… But i started taking some pictures anyway. I had once captured the light on the sensor though it wasn’t visible for the eye. This happened again now. Was there waiting and shooting for an half hour. Without any luck I thought. But in the first picture the northern light was there. But it’s mixed with the light coming from Stockholm. But in the later shots the green wasn’t there so this is it. Aurora borealis.

So this week I am more pleased with the one in color. 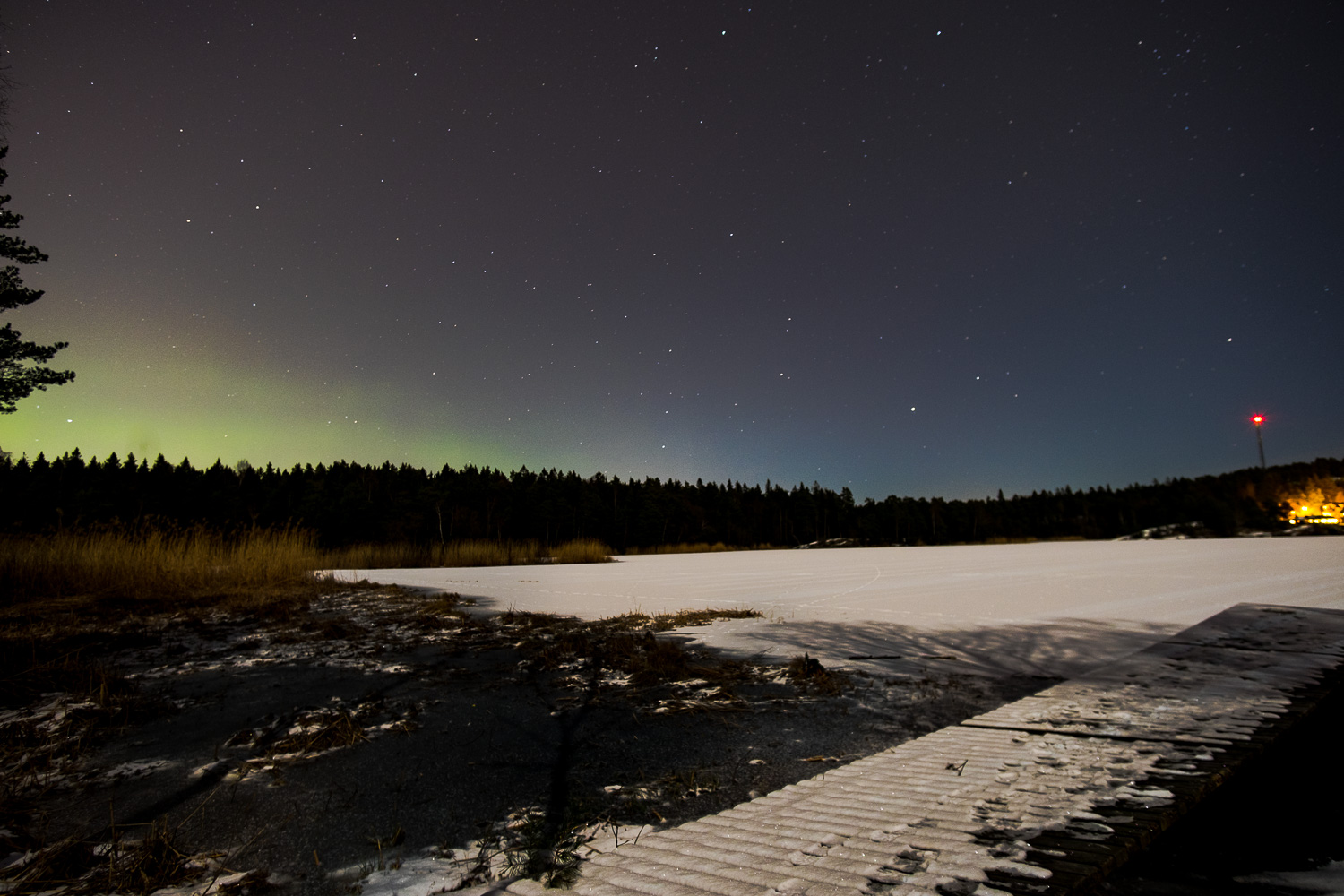